A Very Short History of Charlestown, Rhode Island through the Hoxsie-Browning Family

We need your knowledge!

Because we are new to this subject, and not unlike amateur sleuths searching for clues and the end of mysteries, we enjoyed the research involved in compiling the “Four Brief Chapters” about the Hoxsie-Browning Family. We are counting; however, on your input and knowledge in order to increase the breadth and width of this endeavor. Please comment and/or correct (and cite the source from which you use) anything you read here. Our disclaimer is only that we are not schooled or trained as “Early American Historians” and most certainly, we do not intend, with our ignorance, any harm.

From England to British America

Our story begins in England with Lodowick Hawksie, taking the courageous journey across the Atlantic Ocean to the New World and settling in the Town of Sandwich, Plymouth Colony. Several ships arrived from the United Kingdom and Scotland to these placid Massachusetts shores. By 1650, Lodowick had become a “hatter” once settling in his new country. Somewhere in the arduous transatlantic journey and his settling into New England, the spelling of his last name changed; and his original English “Hawksie” name becomes the ‘father’ of all permutations of the family name. Our descendants and future central subjects of our Hoxsie-Browning Story in Charlestown; however, can be traced to this “Mad Hatter.” 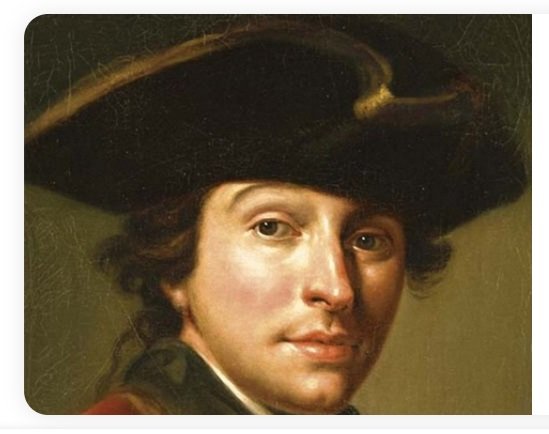 Colonial hatters were important tradesmen in early British America; as everyone wore a head covering. For men, the most popular were broad brimmed or upturned brim tri corne hat (pictured).

Lodowick took the Colonial Oath of Allegiance and Fidelity. This required that an individual agree not to take nor to enter into any action or say anything that could lend itself to the overthrow or the destruction of the “Colonie, or the Corporation of this towne Plimouth in New England.” This oath against sedition (and free speech) did not mention the King of England. Early American historians agree this wasn’t an oversight.  Plymouth’s first settlers had to take an Oath of Supremacy acknowledging King James I but disavowing the Pope. Lodowick was in between a generation when he was able to promise loyalty only to his adopted home.

Future settlers would eventually be forced to swear an allegiance to King Charles and also be a Church member of one of four selected churches. (More on these oaths and their context can be found in the October 1921 issue of ‘The Proceedings of the American Antiquarian Society.’ Cited by Rhonda McClure in www.vitabrevis.americanancestors.org).

The Marshall of Plymouth Colony, a subject of King Charles II, now requested Lodowick’s assistance in the destruction of the colony’s Society of Friends, the Quakers. Hoxsie refused. In 1657, he was “disenfranchised (no longer able to vote). It seems likely that he identified as Quaker, and this was his reason for leaving England in the first place. It also appears reasonable at this time that he may have then left Massachusetts for Rhode Island. By then, many of Plymouth’s settlers followed Puritan Minister Roger Williams into a place for religious freedom for all religions.

“Rhode Island was founded quite differently from any of the other New England settlements; for it was established mainly by those who had fled from religious persecution in another colony. The founders of Massachusetts came to America to secure freedom for the exercise of their own religious opinions; but they did this because they thought those opinions were right, not because they believed in the general principle of toleration.” (From Young Folks’ History of the United States by Thomas Wentworth Higginson. Boston: Lee and Shepard Publishers, 1889.  This book was owned and used by Ruth Emma Hoxsie (1881-1964), a later subject in our story. Also, please allow us a digression: Higginson was the historian/writer whom Emily Dickinson first allowed to read and critique her poetry.)

Once in Rhode Island, Lodowick, however was not freed from the horrors of war. He participated in King’s Philip War (1675-76) by supplying munitions to Colonial Settlers and the Red Coats. A hatter turned early American arms dealer – was he a war profiteer? Did he run gunpowder behind the lines of warfare? His role is lost to history.

This war against the Algonquin-speaking indigenous people of the Wampanoag devastated the Narragansett.  Sixty to eighty percent perished and eight percent of the colonists died. Rhode Island, site of the “Great Swamp Fight,” would become a place of turning point when white settlement would begin unopposed in the fertile soil and abundant waters in a state located on the wild shores of the Atlantic Ocean.

Lodowick, credited as ‘father’ of all variations of the name Hoxsie known still today, would have children who carried the family into the 18th Century. In this case, his descendants are the subject of our story.

For much of the information found in this blog post, we thank Lesue R. Hoxie for his paper “The Hoxsie Family: Three Centuries in America” found online through the Allen County Public Library in Uriah, Oregon, written in 1950.